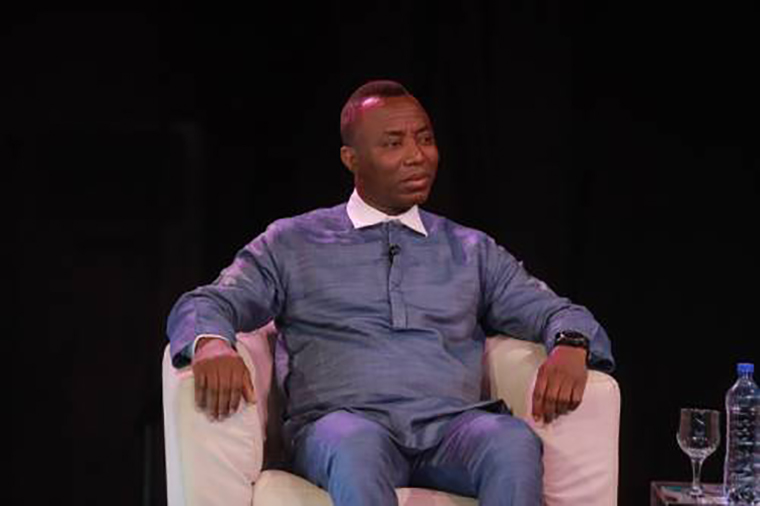 The presidential candidate of the African Action Congress, Omoyele Sowore, on Sunday, accused the ruling All Progressives Congress of monetising the just concluded governorship election in Ekiti State.

The PUNCH reported that the candidate of the APC, Biodun Oyebanji, who is the immediate past Secretary to the State Government, won the governorship election in 15 out of the 16 Local Government Areas of the state. He polled 187,057 votes to defeat his rivals Olabisi Kolawole of the Peoples Democratic Party and Segun Oni of the Social Democratic Party, who polled 67,457 and 82, 211 respectively.

Meanwhile, the human rights activist, via his Twitter handle, described the exercise as unfair and corrupt.

He accused the outgoing governor of the state, Kayode Fayemi, and other members of the ruling party of destroying democracy in the country.

“In Ekiti the, the APC monetised the governorship election to the point that those that stayed away from their (s)election playing street soccer probably felt they are the only ones who took the right decision. It’s a shame!

“Governor Kayode Fayemi of the APC made his name as a “pro-democracy” activist, by yesterday he and other members of his party destroyed Democracy with paper money!” Sowore said, sharing a video of some youths playing football while the election was holding in the state.

Several clips alleging cases of vote-buying and other electoral malpractices in the Ekiti governorship election had gone viral on social media platforms.