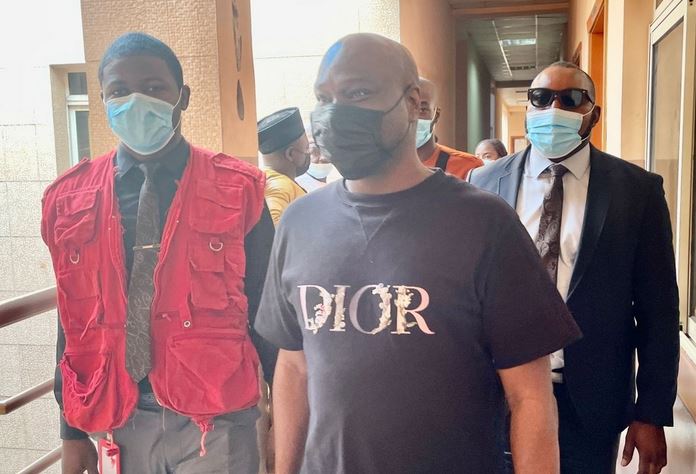 Justice Mojisola Dada of the Ikeja Special Offences Court, Lagos on Thursday, adjourned the case of money laundering preferred against a social media celebrity, Ismaila Mustapha, aka Mompha, to June 22, 2022, for further hearing over the absence of the defendant in court.

The Economic and Financial Crimes Commission had on January 12 charged Mompha and his company, Ismalob Global Investment Ltd, with N6bn in money laundering.

The defendant and his company were charged with conspiracy to launder funds obtained through unlawful activity and retention of proceeds of criminal conduct, use of property derived from an unlawful act, possession of a document containing false pretence and failure to disclose assets and property.

The defendant pleaded not guilty to the charges.

The court had on March 28, ordered Mompha to submit his international passport to court after his bail sum was reduced from N200m to N25m. The matter was adjourned to June 16, 2022, for further consideration on the bail application. The judge ordered the defendant to be in the custody of the defence counsel.

During court sitting, the defence counsel, Gboyega Oyewole (SAN), said the defendant would be present when the case would be called the second time.

Justice Dada called the counsel forward to have a private discussion with them for a few minutes and later adjourned the matter to June 22 for further hearing.

Democracy Day: Memories of Enahoro, Kaltho and others

Telecoms sector’s FDI falls to $417.5b in 2021 as operators earn N3.2tr — Business — The Guardian Nigeria News – Nigeria and World News