With growing investors’ confidence in the local equities market, total domestic and foreign portfolio investment (FPIs) inflow through equity trading has risen 28.73 percent year on year to N898.08 billion between January and April 2022 and heading to N1 trillion, up from N836.46 billion within the same period last year, recent transaction data published by the NGX on FPI inflows showed.

The return of strong investor confidence is highly evident in the performance of the Nigerian Exchange with the first four months of the year resulting from the broad-based rally on the bourse. The spectacular performance of the local bourse resonates with the cheerful reasons why domestic institutional investors are beginning to take a big bet on local equities. This has, however, been greeted by the continued outperformance of the domestic investors ahead of their foreign counterparts.

Meanwhile, the trading figures polled by the Nigerian Exchange Limited from its market operators on the domestic and foreign portfolio investments (FPIs) inflows saw domestic investors continue to take the larger bets on equities as they contributed the sum of N742.09 billion, representing 82.63 percent of the total in four months, while their foreign counterparts piped in N155.99 billion during the same period, and down from N178.25 billion in the same period last year. 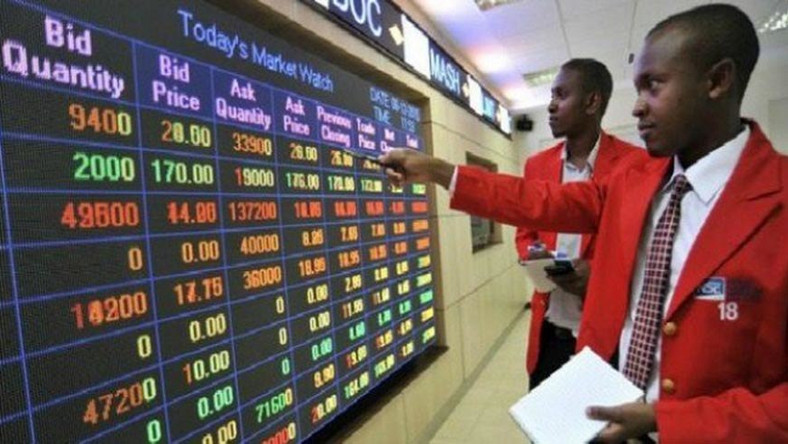 Further analysis of the data shows that the rate of inflow and outflow of funds by foreigners printed at N70.35 billion and N85.64 billion, respectively which gives an aggregate of N155.99 billion, while on the domestic front, the institutional investors edged the retail investors with contributions of N408.25 billion and N333.84 billion, respectively; and these were majorly driven by the performance of the bellwethers and blue chip stocks with huge fundamentals to give investors a higher return on investments.

On a monthly basis, the total transactions at the nation’s Stock Exchange increased by 11.13 percent from N185.26 billion, equivalent to $445.25 million in March 2022, to N205.88 billion or about $494.26 million in April 2022. According to the data from the NGX, the performance of the reviewed month, when compared to the performance in April 2021 which printed N159.93 billion, revealed that total transactions increased by 28.73 percent. However, in April 2022, the total value of transactions executed by domestic investors outperformed transactions executed by Foreign Investors by 74 percent.

A snapshot of investor activities on the Nigerian bourse during the month of April shows a stellar performance as market investors became upbeat in their mood, embarking on aggressive positioning in the market with particular focus on consumer goods names, as well as oil palm companies, which subsequently, prompted a buying extravaganza, as investors’ interest jagged to a new level. By the same token, the better-quality sentiments were first kicked off by dividend reinvestment activities by investors, but was then further spurred on by the outstanding Q1-2022 earnings season.

Bullish performance, it was in April and broad-based, as all major sectors closed higher, led by the Oil & Gas sector, which gained 19.1 percent month on month, as buying interest in tickers like Seplat Energies (+29.0%) and Oando Plc (+30.7%) sent the market higher, month on month. As a result, the rally in oil & gas stocks reflected the bullish sentiments in the crude oil market, particularly for Seplat Energies which was also anticipated to make a quarterly dividend payment.

Generally, the benchmark NGX All Share Index (NGX-ASI) gained 5.7 percent month on month in April to close at 49,638.94 points. However, taking into consideration the 4-months rally in the market, it is obvious that institutional investors are now taking the big bets on some of the major tickers with a revered change witnessed across boards based on the high expectation for a continued spook in yields in the fixed income space and causing equity investors to increase reallocations to equities.

For the tremendous outing of the exchange, which was spurred by investors’ buying extravaganza, NGX data showed that the total transactions executed between April and the prior month (March 2022) saw domestic transactions rise by 24.96 percent from N143.09 billion in March to N178.8 billion in April 2022. In comparison, total foreign transactions decreased by 35.78 percent from N42.17 billion, about $101.36 million, to N27.08 billion or about $65.01 million, between March 2022 and April 2022.

Seplat, Nahco, others cause market’s positive start to February