The ability of the international financial community to resist global economic headwinds is being tested as never before. The core institutions were overhauled during the global financial shakeout of 2007-08. There followed the Covid-19 pandemic, for which the International Monetary Fund (IMF) disbursed unprecedented sums for developing countries with only notional conditionality. We may feel that the worst of the pandemic has passed, or at least that governments (other than China) have concluded they can no longer close down economic life and must learn to live with it.

In February, however, Russia invaded Ukraine, fuelling energy and food price inflation as well as stoking protectionist forces and unsettling debt markets. Disruptions to global supply chains were already serious because of the pandemic and have further deteriorated. To these severe challenges we must add the impact of climate change, which is felt in Africa more than anywhere. Pressures are mounting on globalisation: indeed, some would argue that the rise of populism and the geopolitical changes as a result of the invasion have brought this chapter to an end. The long period of accommodative monetary policy at the G7 central banks (other than Japan) has clearly ended. 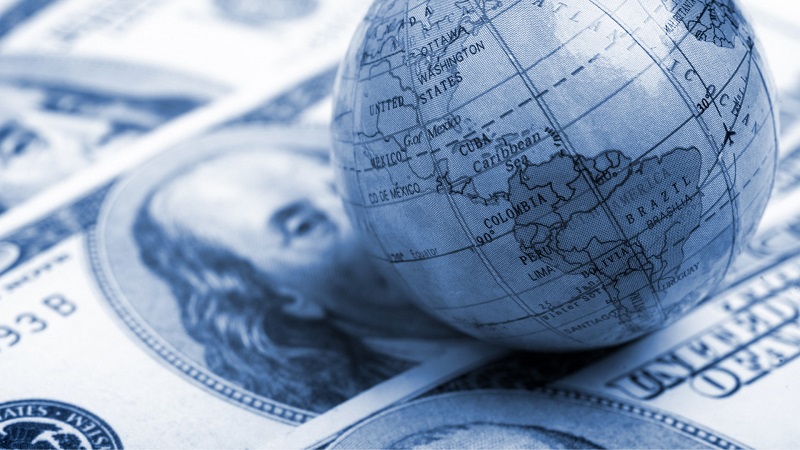 The most painful consequence of the turmoil is the spike in food price inflation and the fear of shortages ahead. The Food and Agriculture Organisation’s (FAO’s) food price index retreated by 0.8 percent month-on-month (m/m) in April but was still 29.8 percent ahead year-on year (y/y). Its vegetable oil index was 5.7 percent down m/m from an all-time high month on account of “demand rationing” yet running 46.4 percent ahead y/y.

The UN secretary general last week warned that the conflict in Ukraine could tip “tens of millions” of people into famine. Russia can still export grain, fertiliser and inputs such as ammonia but the international exclusion of most of its banks from the Swift system for financial transfers has made settlement for shipments “difficult or even impossible” according to Macky Sall, the Senegalese president and current head of the African Union (AU). Ukraine has an estimated 20 million tonnes of wheat accumulated in its port of Odessa because of the Russian naval blockade.

Specifically, the Egyptian finance minister said last week that his government, the largest importer of wheat globally, has supplies in reserve for at least four months but is looking for new markets to replace Ukraine and Russia.

If the ratings agencies are to be believed (and, in our view, they generally are), Egypt has developed a track record of improved policy effectiveness and of structural reform. More, not less, of the same is planned although the minister acknowledged that his government would have to be patient before it could “rationalise” costly bread subsidies.

Other governments are not as well placed. Recent data show that Ukraine is the largest source of Ethiopian cereal imports and Russia the third largest. Unfortunately for the authorities, India (the second largest) announced a ban on wheat exports in late April, pleading uncertainty surrounding its domestic harvest. Strong prospects from Australia should cover some of the shortfall globally. Even if importing countries can secure supplies, they face a far higher import bill and, in many cases, a wider trade deficit.

Alongside food price inflation, the conflict and the related sanctions have fuelled a surge in energy prices. The old adage tells us to look for winners as well as losers. However, both Angola and Nigeria are producing crude oil well short of their quotas from OPEC+, and seeing few of the fiscal and balance-of-payments benefits that would otherwise accrue. Saudi Arabia, in contrast, has been a winner from the surge, posting a budget surplus of US$15.3 billion in the first quarter and set to achieve its first full-year surplus since 2013. The kingdom is therefore able to step up its plans to modernise and diversify its economy. If successfully completed, this would be rare for an oil producer in the developing world.

The international community has made a quick response by launching the Global Alliance for Food Security in mid-May. This is the joint initiative of the G7 under its current German presidency and the World Bank Group. The opening public statement was poorly crafted: this has happened before but what matters is its ability to collect and allocate resources and technical support to those most in need.

It has responded rapidly to crises in the past yet, faced now with several global headwinds, we should expect hiccoughs (if we were given to unbridled optimism). The impact of the pandemic will surely fade with time, and the same should apply to the related supply disruptions. The duration of the conflict is uncertain although we suspect that Russia has a long-term strategy that does not allow for its withdrawal. In contrast, there is no end to climate change, and the many associated negatives (such as drought, desertification, and rising temperatures and sea levels). Egypt picks up the baton by hosting COP 27 in November, when we should expect a new rash of deadlines, targets and treaties.

Gregory Kronsten, a Consultant on Africa finance and economics, has 40 years’ regional experience in investment banking, stockbroking, macro analysis and publishing. He was chief economist at FBNQuest Capital until December, 2021.

ASUU and its strikes - Tribune Online