by e-Naira Online News
in Opinion
Reading Time: 7 mins read
A A
0
Home Opinion
Share on FacebookShare on Twitter

Notwithstanding that high levels of voluntary compliance are a crucial goal of every tax administration, efficient and continuous taxpayer registration is necessary for its accomplishment. Taxpayer registration and the resulting register is, without debate, the most important foundational document of all tax authorities. It provides the premise on which other strategic administrative processes such as filing returns, taxpayer assessment, payment, and tax collection stand. Although there are unregistered-taxpayer tax payments – such as in sales tax – they are nevertheless anomalous and often open the window for fraud while permitting tax inequities. In essence, the taxpayer register provides listings and information on those with taxpaying obligations and substantially facilitates the detection of tax evaders and general non-compliance levels. These advantages underscore the tax administration’s goal of consistently increasing taxpayer registration. But achieving this goal remains an uphill task. For instance, for several decades of its institutional reforms, the Federal Inland Revenue Service (FIRS) has approximately four million registered tax paying businesses in its database! There is no doubt that the FIRS can do better than that. So, this headroom for improvement begs the question of how tax administrations can best locate and register more operating businesses for tax purposes.

Taxpayer record management comprises three key components: record creation, updating and deletion. Taxpayer record creation is primarily possible through taxpayer registration. Registration provides critical information about the taxpayer relevant for fair assessment and filing returns. Ideally, creating such a record comes with unique identifiers (taxpayer identification number). Changes in taxpayer details also lead to prompt record updates, including record deletions based on the tax administration’s set-down policies. Therefore, taxpayer registration enables the maintenance of an accurate and regularly updated database of taxpaying individuals and businesses. It permits comparisons of the performance of tax administrations over defined time horizons. For instance, an accurate taxpayer register makes it easy to determine the trend of tax evasion across selected demography. Tax registration makes it possible to identify those who should file returns but who eventually did not within a period. Such information enables tax administrations to determine the quantum of human, technological and financial resources to deploy in tracking tax evaders and wooing non-registered taxpayers to comply. Resource planning and allocation facilitated by taxpayer registration permits classification and data disaggregation across demographics like location, occupation, gender, and income. 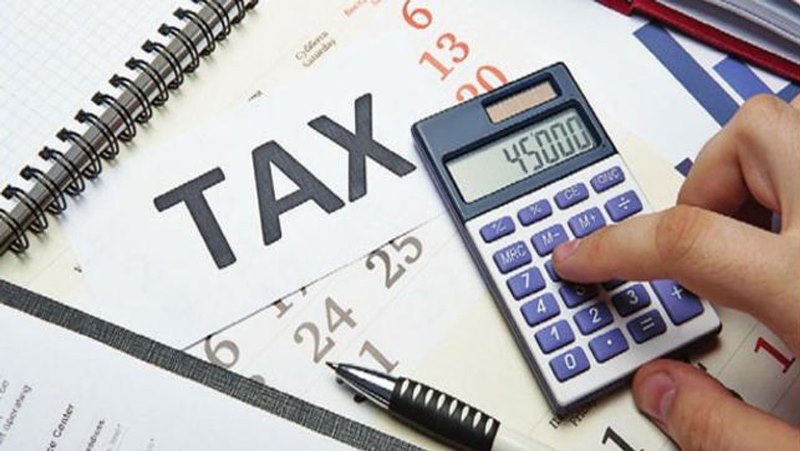 Despite these advantages, many taxpayers are unwilling to register voluntarily, which accounts for colossal levels of non-compliance. There are several explanations for the decision not to register. Three of them stand out. The first is the cumbersome registration process in many subnational tax administrations. Regardless of the heavy media promotion inviting people of tax paying age to register, the process can be very unwieldy. While many state governments such as Lagos are softening the process through automation, manual procedures and red tape still dominate most sub-national operations across the country, complicating the registration process. The result is that aside from employees of government organisations and enterprises with a good compliance culture and those executing government contracts, most others feel substantially hidden from the prying eyes of tax authorities and may not register.

Going through a complex taxpayer registration process can be burdensome. When combined with the actual payable amounts, other levies, and the considerable cost of privately provided social amenities, many consider registering an unwise introduction to an avoidable burden. The third is the lack of trust in tax administrations and the government. Without a doubt, the mediocre performance of most subnational governments does not substantially justify citizens’ tax compliance. For many citizens, taxes are mere contributions to the personal wealth of those in political authority who are not interested in reciprocating the payment gesture by providing necessary social amenities. Such waning trust levels are also attributable to considerable procedural unfairness and inequity in many subnational tax administrations. The use of task forces and the deliberate weakening of dispute resolution mechanisms make the entire process crude and oppressive and sometimes justify the actions of many who choose to stay unregistered.

Another reason for conducting taxpayer record updates is to rectify inaccuracies in the taxpayer database. The gold standard in taxpayer registration is to ensure that the information provided is complete and accurate. The gap between the number of registered businesses and active enterprises often gives an idea of the quantum of these inaccuracies. Whereas businesses frequently die in response to challenging economic situations, the rate of emergence of new ones always surpasses them. The internet has also added momentum to these rates of entrepreneurial emergence. Many businesses no longer require a solid physical presence. Therefore, taxpayer databases usually fail to capture many newly emerging online business activities. Again, many small and micro-businesses are so flexible that they can easily change their location depending on the turn of business fortune. Tax authorities are usually not contacted to update their records when such changes occur. Taxpayer databases are, therefore, replete with myriads of incorrect information ranging from names to office addresses and other record attributes of interest. One such attribute is the activity status of an enterprise. Without regularly updated revenue and kindred data, it becomes difficult for tax administrators to assess the business in question correctly. In total, efforts to facilitate taxpayer registration must factor in a t-crossed and i-dotted process that minimises inaccuracies in the tax register.

The design of such processes also requires understanding the causes of such registration inadequacies. Five such causes are noteworthy. The first is the low levels of data-sharing arrangements with other government agencies. Let us assume that FIRS has a data-sharing arrangement with the Nigerian Immigration Service. Data matching between the two agencies would lead to more accurate taxpayer records. Secondly, there is a general lacklustre level of compliance with reporting requirements. Rarely do taxpayers report specific changes in the operational status of their business and as individuals. Thirdly, the procedures for reporting and successfully effecting changes and deregistering taxpayers are sometimes complex.

In some cases, one may need to obtain an affidavit and police extracts in addition to written applications approved by the tax administration to effect such changes. Such discouraging procedures can dampen interest in pursuing necessary record updates. Unfortunately, apart from Lagos and perhaps three other states, there are no fully functional online facilities for such processes. Finally, tax administrations rarely impose fines and penalties for incomplete information. Many (approximately 97%) also do not have mechanisms to notify registered taxpayers of the need to update their records.

Tax administrators typically utilise four approaches in identifying non-registered taxpayers. The first is utilising the census method with tax administration accredited enumerators and verifiers to identify registered and non-registered businesses operating in various areas and register the latter. Although this may be costly, it is worth it. The second approach uses third-party data such as banks, telecommunication companies, schools, and hospitals. Under special arrangements or proper legislation, banks and financial institutions within a state may be obligated to provide their clients’ nonfinancial details to the tax authorities. Another option might be for state governments to legislate that those financial institutions operating within their jurisdiction can only entertain new clients with tax identification numbers. The same procedures can apply to schools by requiring all schoolchildren to show evidence of their parent’s or guardian’s tax registration. The third approach is through data matching efforts. Integrating and matching information available within tax administration databases and other government agencies makes it easier to identify non-registered taxpayers. Finally, the government can also block access of non-registered taxpayers to critical utilities such as public schools, health services, and water supply.

While such blockade to utilities might be a veritable low-cost intervention to speed up registration, many other underutilised approaches exist. Self-registration using digital platforms is unarguably the most efficient. Yet, even when these are available, they rarely deliver the right amount of impact without pushing them together with other media. About 25 percent of state governments in Nigeria utilise traditional media such as radio, billboards, and televisions to canvas new taxpayer registrations. Even local television advertisements seemingly deliver relatively minimal impact as more people appear to view cable television in recent times. Subnational governments have low digital and social media usage in campaigning for taxpayer registrations. Progressive tax administrations should leverage such platforms as YouTube, Facebook, and Instagram for their campaigns, as there is an increasingly torrential shift to them. There are equally deficient levels of utilisation of rural communication media such as town criers for these campaigns. Another low-cost intervention may be using the carrot approach, such as providing financial rewards for a given set of newly registered taxpayers within a geographic authority. For instance, a state or local government area may decide to offer a cash gift or lottery prize to those who register within a given period. Again, since the two major religions in Nigeria support the payment of taxes, tax authorities can explore effective collaborations with churches and mosques to promote the registration and regular payment of taxes by citizens as essential requirements for earthly and heavenly citizenship in their sermons.

Finally, tax administrations have a lot to learn from business enterprises. The campaign for new taxpayer registrations is comparable to business organisations such as banks using various ploys to win new customers. Bank marketers, particularly those marketing micro-businesses, practically move from one business to another, convincing them to do business with their bank. They obtain business directories and send telephone calls to the contracts found there for the same purpose. But tax administrations have an even more significant advantage because of their backing by the law. Much of what they require is the identification of an evader. But the bureaucratic lethargy is humongous. One would suggest that rather than use task forces to collect tax, levies and rates, such third parties could play an even more vital role in enforcing new taxpayer registrations. The improved simplification of the registration process, which should be digitally driven and backed by rigorous digital media campaigns, should help continuously deliver new taxpayer registrations.

Martin Ike-Muonso, a professor of economics with interest in subnational government IGR growth strategies, is managing director/CEO, ValueFronteira Limited. He can be reached via email at martinoluba@gmail.com