Lady who raised the alarm on Twitter apologises for faking kidnap 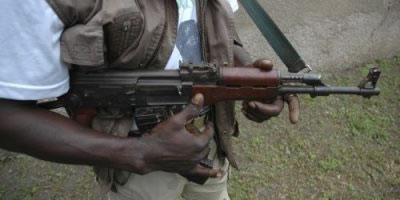 A lady, identified as Ameerah Sufyan, who raised the alarm about her alleged kidnap via Twitter last Tuesday has tendered an apology for faking the incident.

The PUNCH had earlier reported that Ameerah alleged on Twitter that she and other 16 victims were abducted at gunpoint from different parts of Abuja by men in police uniforms and a van.

“Please whoever has my WhatsApp number, I sent a broadcast message of my location,” she wrote via her Twitter handle, @ameerah_sufyan.

She added that she was kidnapped alongside pregnant women and children from various locations in Abuja.

These claims were, however, debunked by the Federal Capital Territory Police Command who found her three days after she raised the alarm.

The statement released on Friday read, “The Federal Capital Territory Police Command wishes to categorically debunk the viral news of the alleged kidnapping of one Safiyanu Amira and seventeen (17) others who were reportedly abducted at gunpoint by Armed men in Police uniform on Tuesday 14th June 2022 at about 1:00 pm and to state that Safiyanu Amira is currently safe in Police custody.

“While she is currently in the hospital receiving medical attention as demanded by global best practices, the investigation continues and findings will be communicated subsequently.”

Quoting her earlier tweet where she raised the alarm, Ameerah stated on Monday that the events that unfolded were results of her “delusions and negative thinking.”

She also expressed gratitude to the members of the Nigerian Police Force for their help and asked people to pray for her.

She tweeted, “Good day all, I would like to formally apologise to the general public, to the whole police department and my friends and family for misleading them with the below tweet. Nothing of such happened and it was all just my delusions and negative thinking.

“I intentionally took myself out of our house, went to these locations, entered bushes and dehydrated and starved myself for four days just like that. There was no kidnapping, nothing at all. I truly apologise and please pray for me. I need it.

“I would like to thank the IG and the CP Babaji Sunday for helping me through this. May God reward them abundantly.”

More Than 1 Million Borrowers Qualify for Automatic Student Loan Relief — Are You One?

Dangote Cement leads decliners, with the NGX down by over N500 billion