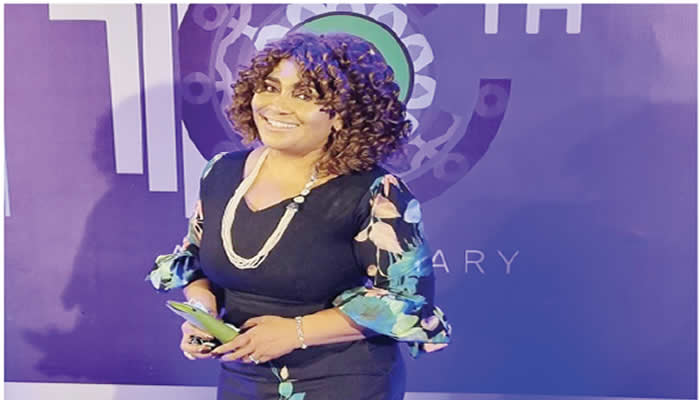 Veteran actress, Hilda Dokubo, is emphatic that Nollywood should not be blamed for cases of domestic violence in society.

In an interview with Sunday Scoop, she said, “The portrayal has always been according to the culture being depicted in the movie. We (Nollywood) mirror society and proffer solutions. I don’t think Nollywood is solely responsible for how women are treated.”

The actress also stated that religion and culture could not be totally absolved of blame in cases of domestic violence. She said, “Cultural and religious institutions are the ‘creators’ of gender. They are the ones who say, ‘this is male and female; and that one is superior while the other is inferior’. God never classified men and women that way. Men and women were created equal.

“Traditional and religious leaders need to ensure that everybody is protected, including children. People should not be made vulnerable or exposed to danger because of the things they (religious and traditional leaders) approve. Whatever is approved stays and whatever stays becomes a tradition.”

Asked if considers leaving an abusive marriage to be the solution to domestic violence, the actress said, “It depends on what the abuse is. My first option is not to leave your home. My first option will be to speak to the abused or the abuser. That is if the abuse is verbal, financial, psychological or emotional. If that is the case, I will let the abuser understand that the abused is can no longer take the abuse. The reason is that sine people don’t know that their spouse is being hurt by their actions.

“But, if it is physical abuse, my advice is that the person should leave the environment completely. The actions of a man who can hit a woman cannot be predicted. Such a person needs mental evaluation.”

Though some people say that if a woman has her own money, it will reduce the rate at which she can be maltreated by men, Dokubo asserted that women do not have to bear the ‘burden’ of preventing men from being violent towards them. She said, “Have you also thought about the fact that a man not having money could become an abuser (because of that)? Why do we have to place all the responsibility on women? I agree that every woman must have her own money and a job, but we should not place the responsibility for somebody’s propensity for violence on another person.

“The man is the violent one. Why don’t we find out why he is violent? Let us not get things mixed up. Anybody that is violent to the extent of hitting his life partner is sick. He needs psychological help and should be kept away from normal people.”