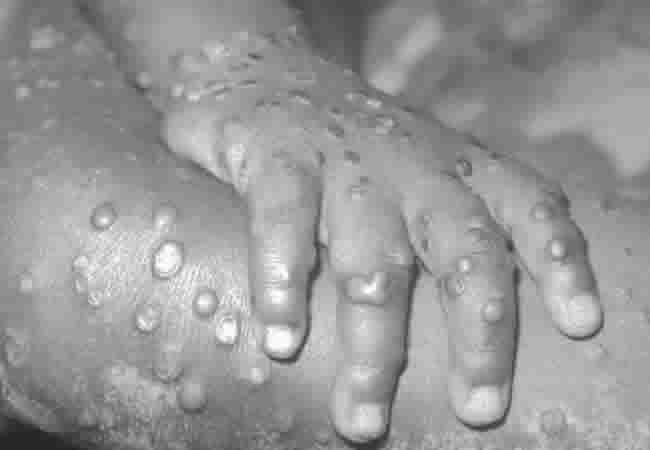 The Nigeria Centre for Disease Control has recorded 10 additional Monkeypox cases in the last seven days in the country.

The NCDC disclosed this via its official website, in its latest monkeypox situation report released on Friday.

As global monkeypox cases continue to rise, public-health officials and researchers are questioning whether the current outbreaks can be contained.

The World Health Organisation has said that the situation was unlikely to escalate into a full-blown pandemic.

But, there are now more than 1,000 confirmed infections, in nearly 30 countries where outbreaks do not usually occur.

Countries including Canada, the United Kingdom and the United States have begun implementing a strategy called ‘ring vaccination,’ to try to halt the spread of the virus.

This involves administering smallpox vaccines — which are thought to be effective against monkeypox, because, the viruses are related to people who have been exposed to monkeypox through close contact with an infected person.

The agency said that this was reported in epidemiological week 22, from May 29 to June 5, 2022, in the country.

It stated that between January 1 and June 5, the country had confirmed a total of 31 cases in 12 states, including the Federal Capital Territory.

The NCDC also confirmed that no fewer than 110 suspected cases of the disease had been reported in the country, up from the previous 66 suspected cases.

“One death was recorded in a 40-year-old man, with co-morbidity that was receiving immunosuppressive drugs.

NAN recalls that cases of monkeypox, a rare, little-known disease, are being investigated in European countries, including the UK, as well as in the US, Canada and Australia.

There have been more than 300 confirmed cases in the UK in recent weeks.

Infections are usually mild and the risk to the general population is low, but the UK government has bought stocks of smallpox vaccine to guard against monkeypox.

Monkeypox is caused by the monkeypox virus, a member of the same family of viruses as smallpox, although it is much less severe and experts say chances of infection are low.

It occurs mostly in remote parts of central and west African countries, near tropical rain forests.

In those regions, there have been more than 1,200 cases of monkeypox since the start of the year.

Two main strains of the virus, West African and Central African, are known to exist, and it’s the milder one from west Africa which is now circulating in other regions of the world.

The unusually high numbers of people infected with monkeypox outside of Africa, with no travel links to the region, means the virus is now spreading in the communities.

Fidson, Others Lift NGX Index by 0.06% Though Weak Sentiment Persists