Naira reacts badly in the streets to hike in MPR, down N4 w/w – Businessamlive

This week, the Nigerian Naira is expected to remain largely stable across all segments of the FX market as the apex bank continues its weekly interventions in the market in a bid to continue safeguarding the local legal tender. But following the surprising outcome of the monetary policy committee meeting last week, the naira weakened further by N4 week on week to N610 per dollar at the parallel market after opening the week at N606 to a dollar. By the same token, the NAFEX rate opened the week at N419.03 against the greenback and closed at N419.50 per dollar on Friday, devaluing by N0.48 week on week. Meanwhile, the activity level in the I&E window was down 3.9 percent to $598.7 million from $622.8 million recorded in the previous week. 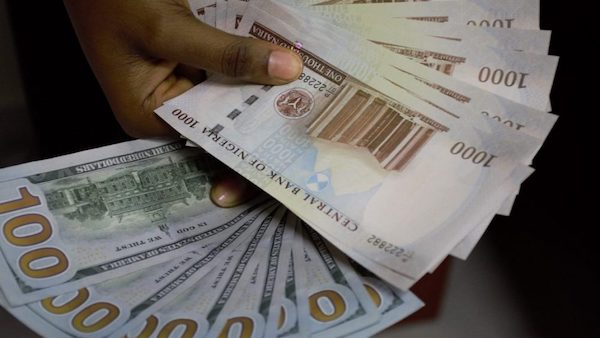 Heading into the fixed income market this week, analysts say they expect the market to open on a muted note with a bearish tilt as investors continue to react to the rate hike from the CBN. In the NTB space, it is also expected to see pockets of sell-side action, given where rates closed at the Nigerian Treasury Bills auction last Wednesday.

Meanwhile, last week, the market started on a positive note. However, the decision by the MPC to hike interest rates by 150 basis points turned sentiment sour as a bearish bias pervaded across the market in subsequent sessions. Yields on benchmark bonds rose on average as investors aggressively sold-off papers at the long end of the market.

Last week, rates across money market instruments rose in response to the hike in MPR to 13 percent by the CBN Monetary Policy Committee (MPC) as the OPR and OVN rates rose 1.4 percentage points and 1.5 percentage points week on week respectively to settle at 13.7 percent and 14 percent in the interbank market, as system liquidity levels closed lower at N53.1 billion from the previous N92.5 billion.

Elsewhere in the sub-Saharan Sovereign Eurobonds market, performance was bullish as the average yield fell 1.4 percentage points week on week to 14.2 percent as buying interest dominated the market. The South African 2022 and Nigerian 2022 yields declined the most, down 15.2 percent and 11.1 percent week on week, respectively, as the instruments approach maturity.

Negative Sentiment Deepens In Crypto, Why Recovery May Not Last

Seplat, Nahco, others cause market’s positive start to February