by e-Naira Online News
in Business
Reading Time: 7 mins read
A A
0
Home Business
Share on FacebookShare on Twitter


The recent World Bank Nigeria Development Update (NDU), indeed, is a handbook on the biggest economy in Africa – the challenges, the prospects and the booby traps.

One may not agree with some of the advisories and recommendations, which is understandable as there is no one-way solution to any situation. But the completeness, inclusiveness and depth are, as usual, unparalleled.

Touching on the wobbly growth, tumbling revenues, unsustainable subsidies, unmatched fiscal mechanisms, redundant monetary policies, and faulty trade policies among many other thrusts, the report unearths the country’s pain points, making them as plain as possible.

The report also highlights the many near-misses of recent times while making recommendations on the path the immediate to long-term plans could follow.

Perhaps, the launch of the document comes in handy. First, the Muhammadu Buhari administration is in its twilight. This makes the report a mirror for an administration that truly wishes to assess its performance. And with the presidential candidates for the 2023 elections also set for an extensive campaign, the World Bank document could also mean a politician’s companion.

On a broader view, it is a succinct narrative of the country’s economic realities and projections into the near-term future, many of which are as scary as they have always been in recent years. Though the reviews and some of the forecasts are not entirely new, the report titled ‘The Continuing Urgency of Business Unusual’ details the issues in a manner that gives policymakers a go-to for intellectual reconciliation. 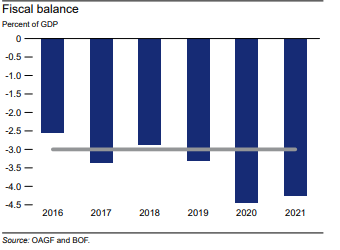 Interestingly, the theme defines every piece of advisory contained in the 100-page document. The government seems to be in a dilemma – between sustaining legacies and taking fresh and radical approaches to salvage the economy. Most apt, the report notes that a “business-as-usual policy stance would not address Nigeria’s macroeconomic challenges” and deliver the kind of growth that can lead to drastic poverty reduction and massive job creation

A major unproductive policy considered a blight on the economy, especially revenue is fuel subsidy payment. Of course, the World Bank does not pretend about its bias against the market economy, the report argues with facts and figures about how the subsidy payment has emerged as a major drain on the country’s revenue.

“The burden of the petrol subsidy would reduce the already limited fiscal space, limiting the options to alleviate the impact of high inflation on the poorest Nigerians. In the absence of FX reforms, there will be continued pressure on the parallel exchange rate, which will continue discouraging private investment and fueling inflation,” says the report. 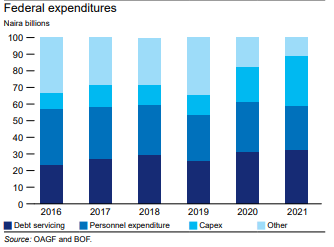 Inflation is also an elaborate subject with multi-dimensional effects across different sectors and aspects of the economy. The report brings to notice the possibility of “elevated” inflation and more damning impacts owing to the ongoing war in Europe. The combined impact of the war and the persistent food price crisis is expected to push another seven million Nigerians into poverty before the end of the year.

But there is even one stranger scenario, according to the report. “Once 2022 GDP per capita is adjusted by changes in prices and exchange rates, per capita GDP growth would be close to zero,” the Bank says, stressing that reforms are necessary to prevent “high-growth-higher vulnerabilities scenarios”.

The World Bank is unrepentant in its call for broader economic reform to raise tax, trade, monetary policy and regulatory efficiency among others. In its latest report, it calls for the extension of the same reforms across all economic and service frontiers to enhance sustainable growth. The report assumes a scenario based on “business unusual” where the government would embark on a sequence of macro-structural reforms to put Nigeria on a faster and more inclusive growth path and forecasts thus: “Growth could exceed four per cent on average in 2022–2024, driven by sustained growth in services and industry.

“The reduction in inflation would restore confidence in the economy, promoting consumption and investment. By removing the burden of the petrol subsidy, the government would be able to use the additional resources in investment projects at the state and federal levels and protect the poor through cash transfers. These measures would boost public investment and consumption and private consumption. Finally, a more flexible exchange rate in a context where FX availability increases will promote private investment and reduce inflationary pressures.”

In the same breath, it admits that the risk of returning to a scenario where economic growth is below population growth is high under the current policy mix. This, it says, could be “further complicated by an unfavorable external context and a deceleration of (COVID-19) vaccination rates”.

Nigeria’s GDP closed last year at 3.4 per cent and posted 3.11 per cent in Q1. While the 2021 growth was celebrated, especially in the public circle, the report recalls that the ‘impressive’ performance was majorly

Even in the most favorable global context, the policy response of Nigerian authorities will be crucial to laying the foundation for sustained growth was “mainly the result of base effects following the 2020 recession”, without which the GDP would have remained at 1.8 and 2.3 per cent, the bank warns. Invariably, the growth would have fallen below the population growth rate estimated at 2.6 per cent.

“The government cannot afford to be complacent and expect growth to maintain the GDP growth trajectory observed in 2021 without any sustained effort,” the report notes.

To achieve an economic growth rate that can accelerate development, the report sees value in a more liberal foreign exchange (FX) management approach. Thus, it calls for a more aggressive implementation of the exchange rate unification programme, saying the economy cannot continue with the negative impacts caused by the misalignments in the current FX regime.

“The benefits of a more effective exchange rate management, with a view towards a unified and market-reflective exchange rate, are more significant than in previous years. Favorable external conditions (oil prices being the highest in nine years) provide an opportunity to adjust the exchange rate reflective of market dynamics. Allowing further gradual adjustment in the Investors’ and Exporters’ (I&E) rate, where the CBN manages the price, would help eliminate misalignment and alleviate persistent FX pressures.

“The CBN took steps to unify multiple exchange rates by adopting the IEFX window rate as its official exchange rate in May 2021. However, different windows still exist, and the parallel rate premium continues to climb, reaching 39 per cent over the official I&E rate in March 2022. The CBN continues to supply FX to at least four windows, sometimes at varying rates: I&E window, the secondary market intervention sales retail window; the small and medium-sized enterprises (SME) window and the window for invisibles.”

With many central banks across the world rolling back the unprecedented COVID-19-inspired stimulus packages and the tendency towards policy normalisation, the World Bank also says it is time the CBN dialed down its development financing programmes, which have expanded its share of private sector credit to 10 per cent as at December.

While the government refuses to bite the bullet in the face of dwindling revenues, the institution cautions that it cannot continue to maintain a bloated structure at the expense of the economy and that it is a matter of survival to tone down recurrent expenditure, which constitutes 60 per cent of federal government’s spending.

A kind of foreshadowing of calamity, the report projects: “In 2022, Federal government revenues are projected to be 3.7 per cent lower, despite a 22 per cent increase in estimated independent revenues. In 2022, despite higher oil prices, net oil revenues for Nigeria are projected to remain stagnant due to low oil production and large petrol subsidy deductions. Federal expenditures are estimated to increase by over 25 per cent in 2022 amid elections, with a 37 per cent increase in capital expenditures.

“If budgeted expenditures are in line with the Medium-Term Fiscal Framework (MTFF), the federal fiscal deficit will reach 5.4 per cent of GDP. Suppose capital expenditures are maintained at the 2021 level, which may occur due to delays in passing the 2022 amended budget. In that case, the federal fiscal deficit is still expected to be higher than in 2021 and reach 4.7 per cent of GDP.”

FBNQuest Affirms Its Commitment To Stakeholders With ‘Powered By People’ Campaign