It borders on stating the obvious to say that the consistently high and galloping inflation rate in Nigeria has translated into soaring cost of living, fast-spreading and deepening poverty and decline in the quality of life. Over the years, the monetary and fiscal authorities have been targeting a single digit level of inflation rate in their policies but the consumer price index (which measures the rate of increase in the price of goods and services) has stubbornly remained high above such a target. Money (the Naira) has lost so much value in absolute terms and in relation to other currencies (especially, the Dollar) that it is almost failing in serving as a ‘store of value’, acceptable ‘medium of exchange’ and ‘standard for deferred payment’. In 2013, the annual inflation rate was a single digit of 8.5 percent, but this has more than doubled to hit 16.90 percent in 2021; it stood at 15.92 as of end-March 2022, and in April 2022, it hit 16.82, with the possibility it is likely to spiral upwards going forward.

Inflation rates are normally influenced in two ways: ‘demand pull’ or ‘cost push’—implying that there is either so much demand for inadequate supply of goods and services or that the cost of ‘production’ of those goods and services are high and get reflected in their ultimate prices in the (consumer) market. There are also the ‘endogenous’ (internal) and ‘exogenous’ (external) factors that drive the level of consumer price index per time. In Nigeria, all these forces are at play, with some of them beyond the purview and control of the monetary and fiscal authorities in their policy formulation efforts. Nigeria’s notoriety as a largely import-dependent economy yields counterproductive results by way of huge balance of trade deficits year in year out. This means that Nigeria consistently imports much more than it exports; implying that so much foreign exchange earnings from (essentially) crude oil sales go into the importation of all manner of goods and services. 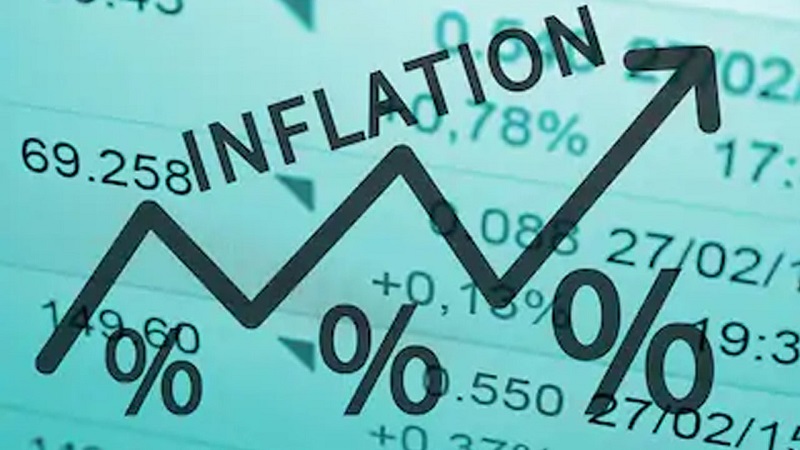 This trend leads to an ever-present shortage (or scarcity) of foreign exchange to meet the demands of genuine importers—a situation that manifests as undue pressure on the exchange rate of the local currency (Naira) vis-à-vis the dollar and other world currencies. And when a (local) manufacturer, for instance, spends so much Naira to raise the volume of forex needed to import the requisite raw materials and machineries, such huge costs end up being built into the prices for the final consumer. This, obviously, will reflect as ‘cost push’ ‘imported’ inflation—taking so much of the consumer purchasing power. In Nigeria, this type of inflationary pressure is ever-present, and worsened by the dwindling forex inflow due to the undiversified export base of the economy and sundry public sector fiscal commitments such as external debt servicing and other obligations.

In recent times, even when the price of crude oil in the international market has remained consistently above US$100 per barrel for upwards of three months, Nigeria’s peculiar challenges have left her with ‘gloom’ and ‘doom’—owing essentially to ballooning fuel subsidy bills and huge debt servicing obligations that keep depleting the stock of external reserves. And this has kept the monetary authorities trying “heterodox” methods in managing the forex market—with the local currency crashing in value against other world currencies.

Apart from the huge cost of imported ‘production’ inputs, local producers of goods and services also have to contend with dilapidated or poor infrastructure base of Nigeria: epileptic power supply (and high tariff), no water, bad and poor road network, decadent rail system, archaic and duplicitous taxes and levies—all blowing up the cost of all productive activities. In reality, virtually every economic agent that engages in any productive venture thrives on reliance on alternative energy sources (power generating sets or other renewable energies), building own roads, providing needed water and sundry inputs. Collapse of the national grid (source of power) has been so rampant in recent months that no business venture depends on it for any useful purpose anymore. This abysmal failure of public goods (infrastructure) translates to high ‘production cost’ for business entities that strive to remain in the production/supply of goods and services in Nigeria. These costs (some, hidden) are ultimately transferred to the final consumer—as high prices (again, as cost-push inflationary pressure).

Another less obvious driver of high inflation rate are the activities of politicians who ‘raise’ money via legal and illicit channels and inject such huge sums (autonomously) into the economy through insidious means. Nigeria is currently in the thick of such a political season and politicians of various hues are ‘importing’ money, affecting money supply—which is in turn inducing rise in prices of some goods and services. Much of the funds being ‘imported’ by political actors are usually outside the scrutiny of the monetary authorities; thus, they cause distortions to the potency of normal policy instruments. Such funds engender hyperinflation—rapid, excessive, and out-of-control general price increases—which is what the Nigerian economy is experiencing.

The sorry state of farming and farmers in recent times owing to serious insecurity in Nigeria has given rise to food scarcity and rising food prices—which has remained a major driver of the persisting hyperinflation in the country. Much of the high inflation rate in Nigeria in the past couple of years is attributable to spiking prices of food items as depicted by the National Bureau of Statistics (NBS) report showing that food inflation rose to 17.2 percent in March 2022, an uptick compared to the 17.11 percent recorded in the previous month. In April food inflation again rose to 18.37 percent, the highest since September 2021.

The ‘weight’ of food in the consumer price index (CPI) is further corroborated by a Central Bank of Nigeria (CBN) report which shows that Nigeria’s food import bill jumped by 45 percent to N1.12 trillion between January and December 2021. The CBN report on sectoral utilization of foreign exchange shows that the Federal Government spent US$2.71 billion on food imports during the 12 months period vis-à-vis US$1.87 billion it spent in 2020. The increasing food import bill shows the worsening food insecurity in Nigeria, and the skyrocketing prices of the available food items. It also attests to farmers becoming an endangered species of sorts in the face of the escalating terrorist attacks and banditry in the ‘food basket’ regions of the country.

Ripples of global insecurity epitomized by the Russian-Ukrainian war are already negatively affecting food security and supply in Nigeria and other nations. Ukraine and Russia, both play a major role in global food markets; they are net exporters of several leading crops: wheat, maize (corn) and barley. Both are also major exporters of sunflower oil, one of the world’s dominant vegetable oils. The ongoing war between both countries, with the attendant supply chain glitches, are already causing shortages in the availability of many of these items, and spikes in their prices—all feeding into the high inflationary trend in Nigeria.

Ultimately, the brunt of all these is borne by the Nigerian citizenry majority of whom are either on fixed income jobs or jobless—with unemployment rate at close to 50 percent; and minimum wage of thirty thousand naira per month (about 50 dollars!). And given the ineluctable distortions that the fuel subsidy imbroglio is inflicting on the Nigerian economy and the impoverishment of the masses inherent therein, the subsisting runaway inflationary trend is sure to force many more Nigerians to live below the poverty line.

Already the World Bank has summed up that sluggish growth, low human capital, labour market weaknesses, and exposure to shocks “are holding Nigeria’s poverty reduction back.” In its report, “A Better Future for All Nigerians: Nigeria Poverty Assessment 2022”, the global bank says, “it is clear that much needs to be done to help lift millions of Nigerians out of poverty, including boosting health and education, bolstering productive jobs, and expanding social protection.”