The Nigerian economy at its lowest ebb ever? – Businessamlive

The title of this piece retooled from something similar in one of Nigeria’s national newspapers the other day, and it deepened my worry and worsened the pains and anguish that I have been going through in my periodic panoramic analyses of the nation’s economy. The alarm—‘Nigeria’s economy hits lowest ebb ever’—was raised by no less an authority on economies than the World Bank—one of the twin Britton Woods Institutions set up to ensure orderly development of the world economy. According to the newspaper, “From the World Bank came a frightening report that the Nigerian economy has sunk into its lowest level in the nation’s history as it recommended the deployment of sound fiscal and monetary policies to tow it out of the doldrums.”

The gloomy picture, which is contained in the global bank’s Development Updates on Nigeria (DUN), presented in Abuja, said inflation would push seven million more Nigerians into poverty by end-2022, warning that petrol subsidies could cost Nigeria as much as N5.4 trillion this year, much higher than “all of the resources allocated to health, education, and social protection together.” The DUN also projected that net oil/gas revenue for 2022 will fall to N1.6 trillion from N2.6 trillion recorded last year. The World Bank’s lead economist for Nigeria, Dr. Marco Hernandez, who presented the DUN, attributed the economic gloom to a plethora of policy distortions on the part of the Nigerian government and global shocks that have fueled inflation. Insisting that it was not just the price of imported products that were skyrocketing, but also locally-produced goods, the World Bank chief noted that the “high inflation has crashed the value of the national minimum wage of N30,000 ($82), which is now worth N22,000 ($37).” 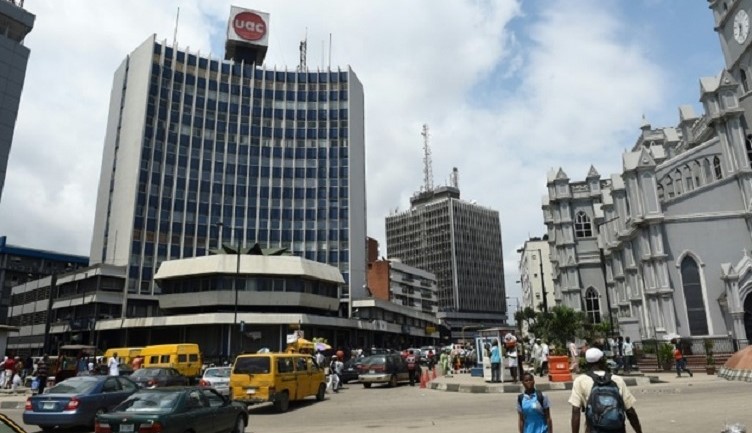 Drawing a nexus between foreign exchange (FX) rate and inflation, the World Bank economist deduced that when FX rates go up at the parallel market, inflation rate follows automatically, stressing that “suboptimal exchange rate management is fuelling inflation due to FX supply constraints and lack of predictability, which is ultimately leading to a rise in the parallel exchange rate which is closely associated with inflation.” And he warned: “Import and FX restrictions reduce the supply of food and key staples, increasing their prices and those of associated goods. The monetization of fiscal deficits by the Central Bank of Nigeria (ways and means financing) and CBN’s subsidised lending to firms add to inflationary expectations.”

Unsurprisingly, in a tepid response to the World Bank’s frightening DUN, Zainab Ahmed, Nigeria’s minister of finance, budget and national planning, reportedly bemoaned that the huge amount spent on petrol subsidy has put the economy on ventilators and threatened its survival. She said: “We really are at a crossroads and these are very difficult times. It is actually paradoxical. At a time when growth is accelerating there are so many other challenges that have gathered and are impacting the lives of the people.

“On our part, we are going to reduce the fiscal pressures caused by the increase in our deficit as a result of [the] increase in PMS subsidies. These PMS subsidies are costing us an additional N4 trillion than was originally planned.”

About the same time that the finance minister spoke, Chukwunyere Anamekwe, the recently appointed acting accountant-general of the federation (AGF), described as “worrisome”, government’s high level of borrowing to buoy budget shortfalls and pay salaries and wages, saying it was a “glaring evidence that the country is facing a huge financial crisis.” He spoke during a retreat by the Office of the Accountant General of the Federation for members of the Technical Sub-committee on Cash Management (TSCM), during which he said: “We have to borrow to augment payment of salaries and wages. This shows we are in very difficult times. Government income is highly challenged.”

According to him, records available indicate that due to dwindling revenues, the Treasury had to resort to other sources in order to augment the payment of federal government public servants! “There is an increase in government expenditure due to increasing security challenges and social needs of the citizenry,” he said, noting that the myriads of socio-economic challenges call for an articulated deployment of fiscal discipline and strategies that will help mitigate them. “We must all, at this retreat, strive towards identifying the challenges to revenue generation and other means of enhancing inflow into federal government coffers; ensuring the cutting down of cost of governance in the most acceptable way and ensuring synergy amongst and within stakeholders in the sub-committee,” he added.

Sabo Mohammed, director, funds, Office of the AGF, in his remarks, pointed out that, “fiscal deficits often indicate a variety of adverse domestic and external shocks that affect budgets directly, as well as through their impact on the economic environment,” and he warned that, “indebtedness, over the past years call for concerns.”

The OAGF director called for “deeper fiscal discipline which requires that governments maintain fiscal positions that are consistent with macroeconomic stability and sustained economic growth,” adding that “it warrants avoiding excessive borrowing and debt accumulation.”

Coincidentally, as these top officials of the fiscal authorities were in their normal jaw-jaw, the leadership of the monetary authorities were also gearing up for a maiden summit on how to improve foreign exchange inflow into Nigeria through improved non-oil exports. Specifically, the Central Bank of Nigeria in collaboration with the Bankers’ Committee and other stakeholders, is working to come up with a ‘Non-oil Exports Optimisation Framework’ in pursuit of the Race to $200 billion in Foreign Exchange (FX) Repatriation (RT200) programme launched by the apex bank in February 2022. The summit, which is expected to extract voluntary commitments, and initiatives to support the non-oil Export Renewal Plan, would feature a keynote by the governor of the Central Bank of Nigeria (CBN), as well as expert presentations and panel discussions, to address the country’s current non-oil export sector’s pitiable situation, and proffer recommendations.

Auspicious as the retreat by the Office of the Accountant General of the Federation (OAGF) and the CBN-led summit might seem, the issues and challenges confronting the Nigerian economy are too complex and deep-rooted to be amenable to facile solutions. Indeed, countless summits, conferences and parleys have been held over the years, with their outcomes and recommendations now gathering dust in various government offices. For sure, most, if not all the fiscal, trade and monetary challenges before the OAGF and the CBN have been structural and lingering for aeons. They are not problems that can be adequately addressed via episodic or isolated discourses; solutions to them really ought to be integral parts of the overarching economic roadmaps of successive administrations.

For instance, for how long has the issue of economic diversification (through export-led growth) been rendered a mere singsong by every government in Nigeria? For how long, too, has the controversial issue of fuel subsidy (removal) been in our public space? In the face of inflow of quantum petro-dollars over the years, what concrete measures have been put in place to meaningfully pursue (non-oil) exports? Even now, pursuit of non-oil exports (per se) in isolation, is most unlikely to yield the desired results. How enabling or conducive is the entire business environment to make producers of the export items thrive? Has the underlying issue of general infrastructure decay and degenerating insecurity in the land been sufficiently addressed? In truth, investment of any kind, whether for production of items for local consumption or for export, requires certainty of security of life and property. Are these guaranteed anywhere in Nigeria today?

A consuming nation or a productive economy (2) – Businessamlive