there’s nothing to celebrate, says Kaigama 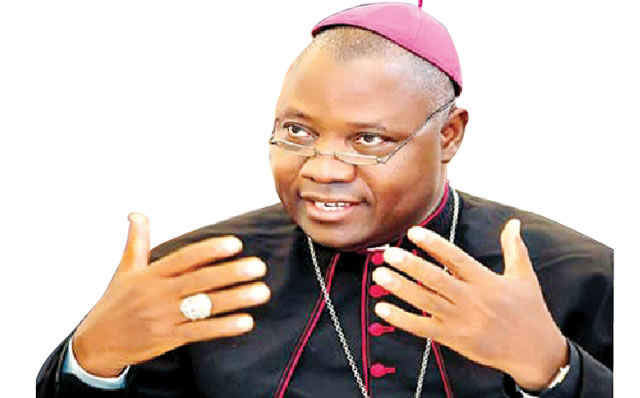 The Catholic Archbishop of Abuja, His Grace Most Rev. Ignatius Kaigama on Sunday said there was nothing to celebrate on Nigeria’s democracy day because of corruption, hunger and other vices which have become a norm.

According to him, Nigeria was near collapse as the high level of inflation, unemployment, and hunger have remained worrisome.

Kaigama who stated these in his Homily delivered at St. Augustine Parish in Dutse-Sangbagyi Abuja said that corruption had become a norm of bad conduct in the public offices occupied by successive politicians.

He said, “We should be joyfully celebrating democracy Day today, June 12. But how can we when corruption seems to be institutionalised in a manner that it is okay to spend humongous amounts of money to influence voters and still believe that if such people are elected to political power they will provide transparent governance with honest economic policies?

“Unfortunately, our country seems to be driven by ideologies and interests that only favour a given few.”

The Archbishop accused political of insensitivity, saying that it was disheartening that one week after the carnage at St. Francis Xavier Parish in Owo, Ondo State, the authorities have no immediate verifiable security evidence of the attackers.

“All that our leaders care about now is guaranteeing their political future, and oblivious of the rude happenings, they go on to spend incredible amounts in both local and foreign currencies to get elected.

“We pray that someday, we may truly become one nation bound in freedom, peace and unity, when Christians, Muslims and traditional religious worshippers will come together to unmask marauders living among us, now emboldened by the poor action of government and the relevant security agencies”, he said.